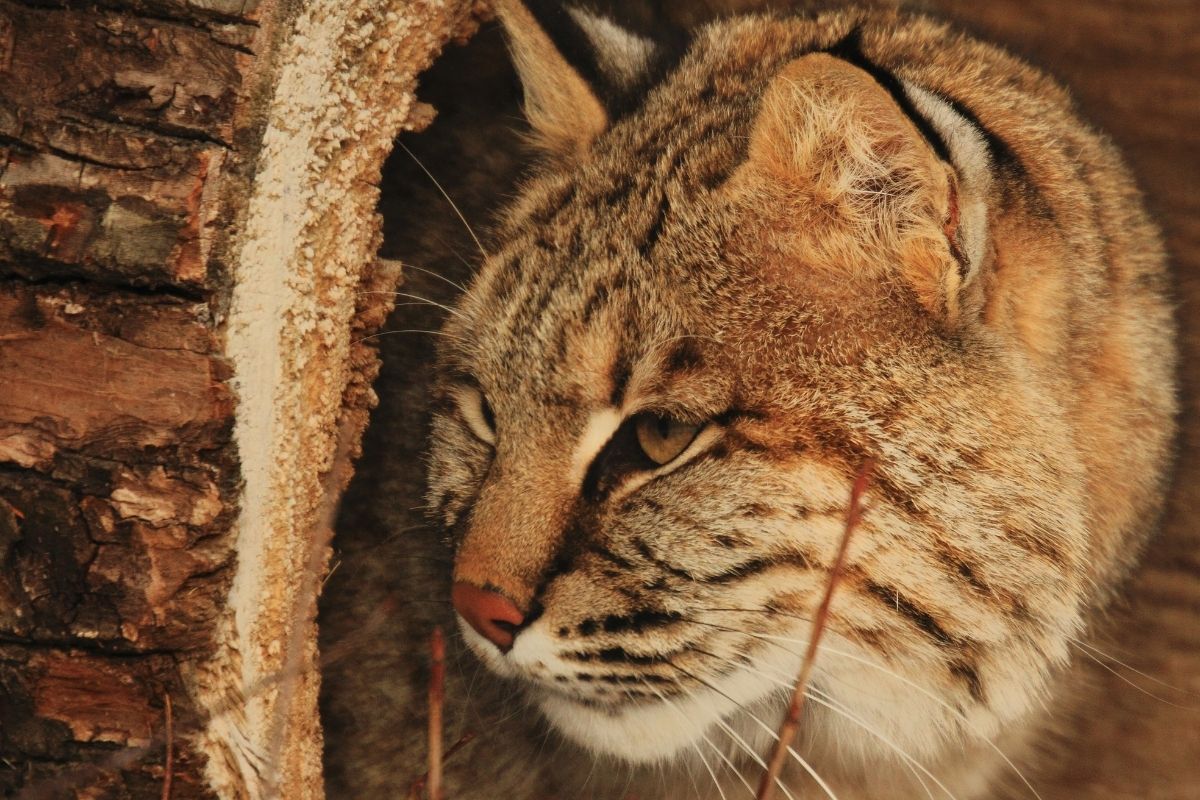 Bobcats are often recognized for being one of the most adaptable species that live in the wilderness. They have adapted to several different regions in North America and can comfortably live and thrive in various climates. In this guide, we are going to take a look at the different biomes that bobcats can live in.

We are also going to explore some of the additional adaptations that bobcats have developed so that they can effectively survive out in the wild.

For example, some of the bobcat subspecies that live in the northern regions of North America have managed to adapt to mountainous conditions that experience colder temperatures throughout the year.

Other species have managed to develop and adapt to dryer conditions, similar to what you might experience in the tropical forest or even the desert. There are several variations of bobcats that have been seen in the desert, including the ‘Lynx rufus mohavensis’ subspecies.

See our article for Types of Bobcats

Most bobcats have been naturally equipped with some very valuable survival adaptations that benefit their hunting ability in the wilderness. They have fairly sharp teeth that can effectively hunt and disable their prey with ease.

They also have sharp claws and long legs, which allows them to jump much larger distances than you might otherwise expect. Bobcats can leap onto their prey from above, giving them the element of surprise, while delivering a quick death blow.

Some bobcats can change the color of their fur coat while in the wilderness. This ability allows them to blend in with their environment and can be ideal for hunting or hiding. If you pair this ability with the few hunting adaptations that we previously mentioned, it’s easy to realize why bobcats are effective offensive and defensive survival animals in the wilderness.

The bobcat can climb a tree and even sleep on a tree limb, without being noticed. This is great for them because they are solitary cats by nature. They prefer to blend into their home range and habitat. They also have almost no body odor, keeping them stealthy and unnoticed. Source.

Many of the animals in the wilderness have excellent hearing because it happens to be one of the senses that contributes to their survival. Bobcats rely on their hearing about as much as they rely on their eyes and nose.

Like many other animals, bobcat ears are perky and it’s easy to tell when they are listening to something intensely. In addition to their other hunting abilities, bobcats proudly use their sensitive hearing to benefit them while in the wilderness. This sense can help them detect potential predators, female bobcats, and smaller animals which they might consider prey.

One of the reasons that bobcats have such a short tail is because they don’t primarily climb objects when hunting in the wilderness. It is believed that long tails help animals maintain their balance when on higher objects like walls, tree branches, or other difficult terrains.

The shorter tail also allows them to remain hidden from their prey because longer tails make it easier to alert other animals from a visual perspective. The bobbed tail is definitely a sign of how they adapted and evolved.

We’ve already touched on the fact that bobcats have very strong and lengthy legs that allow them to jump, lead, and sprint. They are capable of running at speeds upwards of 25 miles per hour and can jump large distances. This is a valuable tool in their collection of attributes because if they are being tracked by a predator, they most likely can outrun them and leap up into a tree where they would be safe.

Bobcats are known for being excellent at climbing, although they are only rarely found up in trees. They usually build their living dens on the ground in areas that are well-protected and hidden from hazards in the wilderness. These locations usually include caves, rocks, and sometimes even tree stumps. Their powerful legs and fur on their feet, allow them to travel across snow without falling through. Source.

See our article for Can Bobcats Climb Trees

There are bobcat subspecies spread out all over the North American continent. Each subspecies has adapted to their current weather conditions uniquely and these bobcat adaptations allow them to survive out in the wilderness.

Other bobcats have managed to survive in mountainous terrain that experiences colder temperatures. These types of bobcats manage to build their dens in caves and stay warm thanks to their excessive fur coat. Saskatchewan and Alberta are only a few of the possible locations where you might come across a bobcat that has adapted for these colder temperatures.

You should not underestimate the ability of bobcats to adapt and survive to their conditions. They have a ton of tenacity and resilience in the wilderness and that is one of the reasons that their population numbers are so stable.

You might never come across a bobcat visually, but if you’re wandering around in the wilderness in one of the regions where they roam and live, you might never detect them because they are masters of stealth. They also only rarely come out during the daytime because they are considered to be nocturnal and crepuscular and primarily come out during the night, or twilight hours.