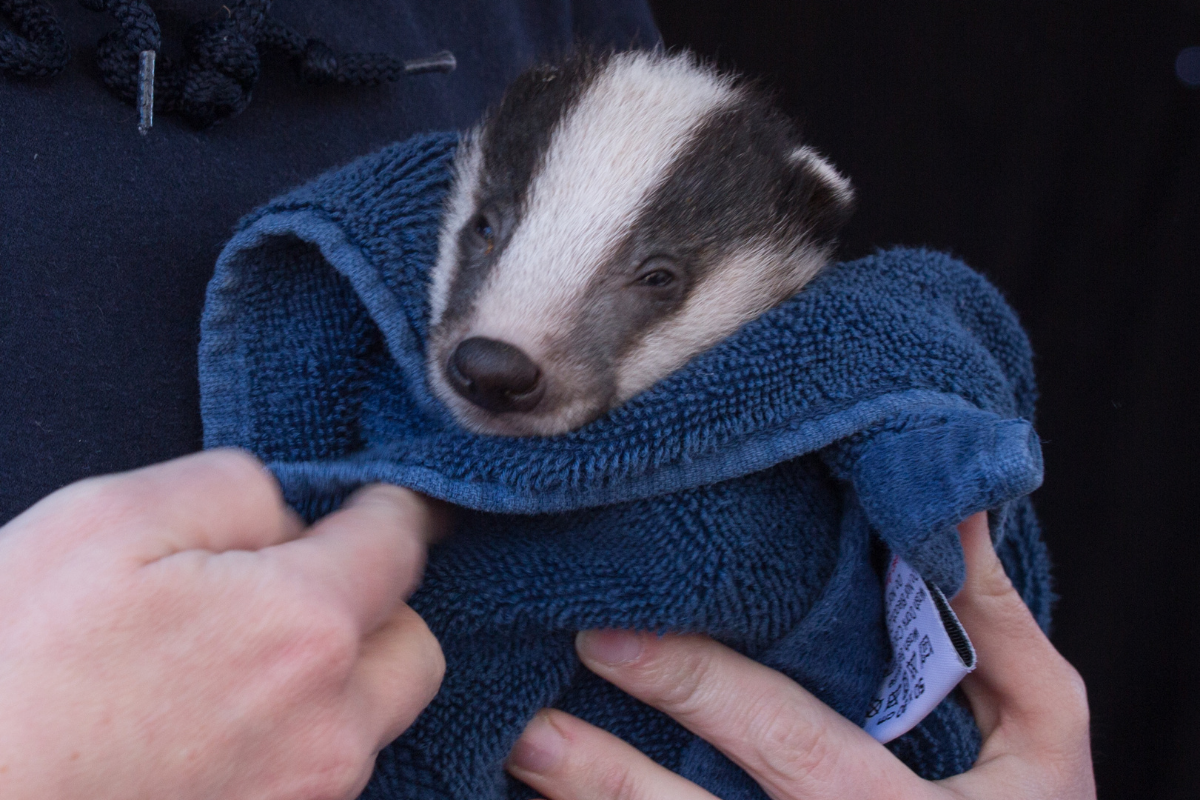 In this guide, we are going to take a closer look at badger babies and discuss the early stages of a badger’s life. You’ll have the opportunity to learn about the early things that a young badger will learn before it matures into an adult badger.

What Are Badger Babies Called?

Badger babies are often referred to as ‘cubs’. The mating season usually concludes in early January and badgers are commonly born in the early-Spring. This means that most badgers are born between March and April, although there are instances where cubs can be born outside of this timeframe.

It usually takes more than a year for a badger cub to fully mature into an adult. With that being said, there are a whole lot of skills that mother badgers have to teach their cubs in the first few months of being alive. This list includes hunting, digging, and surviving out in the wilderness.

These natural tendencies take time to learn and cubs have to use their instincts to survive throughout the early portions of their life. They usually rely on their mother’s demonstrations before actually attempting any of these skills themselves, however, they have an encouraging ability to adapt.

What Size are Baby Badgers?

Badger cubs are born in the early-Spring and usually weigh about 4 ounces immediately after birth. They are born blind and do not open their eyes for a couple of weeks, and have very little fur.

They are only about a dozen centimeters in length right after birth, but they will eventually grow up to full size, which can be anywhere between 15 and 25 pounds. Badgers usually have around 1-5 cubs per litter, however, they average around 2-3. Source.

They will usually be a few feet in length and about 12 inches tall. Badgers grow for about one year before they reach their estimated size. It is not uncommon for some badgers to fall outside of these estimates, depending on their diet, health, and local environmental conditions. During the first couple of weeks, badger babies rely on their mothers for protection, warmth, and food.

The Learning Process For Badger Babies

Badger cubs will be mostly dependent on their mothers until they are at least six months old. They will use these early stages of life to learn the basics of surviving, hunting, digging, avoiding predation, and communicating. Each of these skills is exceptionally important for badgers and they will learn about building dens, hunting for food, and adapting to the wilderness in their first few months.

Some badgers may develop certain skills that allow them to survive in different ways. For example, some badgers may have exceptional hunting skills while others may be better at digging and building dens. Adapting to the environment is an important attribute for every badger cub and this is usually taught by their mother during their first year of maturity.

Before becoming a mature badger, both female and male badgers will need to know how to survive in the wilderness. Mother badgers will teach their cubs to rely on their own natural instincts and make survival decisions. It can take many months for mother badgers to teach their cubs this important attribute, but it will stay with them for the rest of their lives in the wilderness once they learn it.

When Do Baby Badgers Come Out?

Badgers are mostly nocturnal but have some crepuscular behaviors as well. Baby badgers will spend most of their time in their setts (dens) and will not leave the dens for a couple of months. They will eventually get acquainted with the opening of the den when the mother leaves food there for them.

Eventually, they will come out of their dens around April. This is when they will learn some of the most important lessons for their survival. They will learn to dig, how to hunt, and will venture out into the killing grounds.

See our article for Are Badgers Nocturnal here.

After about one year, both male and female badgers reach their maturity. This means that they can reproduce and should have all of the skills needed to successfully survive in the wilderness.

At this point, most badgers depart from their mother and start life on their own, this is called dispersal. The dispersal of the newly mature badgers, allows them to avoid competition, interbreeding and lets them explore and discover new parts of the environment.

The transition period will then begin for these new mature badgers as they start life in the wilderness as an adult. They will now be responsible for their own survival and be forced to hunt for food and build a shelter for themselves.

Sometimes badgers have to rely on their natural instincts if something unexpected happens. Badgers are exceptionally good at adapting and most of the time, they can survive effectively, even in unfamiliar situations.

Much like with other wild animals, such as foxes, some of the young female badgers will hang around after dispersal, and stay to help raise the new litter of cubs. Helping to protect them, and make sure that they are safe from harm. Source.

When are badger cubs born?

A badger’s gestation period is approximately six weeks and most badger cubs are born around February or March. The mating season generally ends for badgers in January, but this can be dependent based on seasonal and environmental conditions.

How long does it take for a badger to reach maturity?

It can take around six months to a year for a badger to reach full maturity. During this time, badgers learn everything that they need to know about survival from their mother. Once they become independent, they leave their mothers and start life in the wilderness on their own. Most badgers reach maturity by the time they reach one year of age, but in rare cases, it can take longer.

How large are badger cubs at birth?

Badger cubs only weigh a few ounces at birth and are generally less than a dozen centimeters in length. Within a few weeks, they will start growing rapidly until they reach their full height and weight before they reach adulthood.